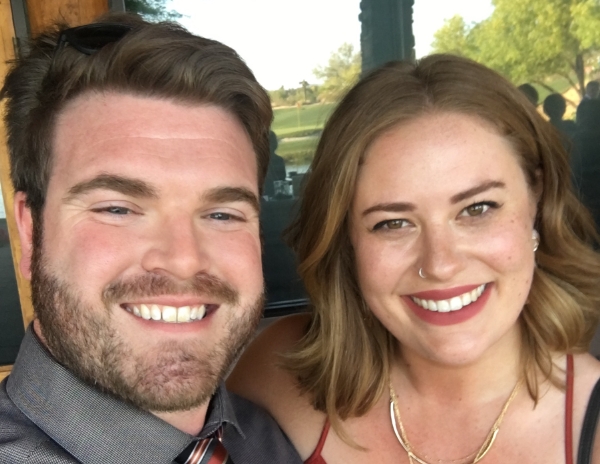 “If you’re a person who is on the fence about whether financial coaching is worth it, just give it a try. It will pay for itself after a few months. Make that first introductory phone call with Suzanne.”

Financial Coaching: How this married couple paid off $10,000 in five months

Newly married and looking to get their finances “under control,” Lindsey and Ben Murphy began looking for a financial advisor or coach who could provide guidance and education.

“It was really important to find someone we could have a good relationship with, who we felt comfortable with and could trust,” Lindsey said. “Suzanne was a really good fit.”

Her husband, Ben, was “pessimistic” about financial coaching, which is not unusual when a couple first starts. But as they began working with Suzanne, Ben became a believer as he saw the value of the sessions and the impact on their lives.

“I was far more skeptical of financial coaching, just because of my past and my upbringing,” Ben said. “Suzanne was very relatable and not pushy or aggressive. How she’s coached us has had a drastic impact on the way we handle money.”

Now, he advises others who are doubting the impact of financial coaching – or wondering how spending money on coaching can help them save or invest money – to give it a try.

“If you’re a person who is on the fence about whether financial coaching is worth it, just give it a try. It will pay for itself after a few months,” Ben said. “Make that first introductory phone call with Suzanne.”

Before coaching, like many married couples, Lindsey and Ben found financial conversations were challenging.

Ben described Lindsey as the “problem child” when it came to money, and Lindsey admitted that money felt “scary” and overwhelming. That’s not unusual, either.

Working with Suzanne, they readjusted and found a unified, positive approach that uplifts each other. That includes recognizing that they each brought something valuable to the table, and when they worked as a team, they could improve their finances as well as their relationship.

Now the Phoenix couple goes on “financial dates” and they have a joint plan for saving, spending, and investing.

“Go through three or four sessions with Suzanne, and you’ll be thinking about money in a completely different way,” Lindsey said. “It doesn’t seem as scary.”

Plus, the couple has seen immediate results – paying off $10,000 in debt in just five months.

“I kept thinking, the problem is that we need more money,” Lindsey said. “What we actually needed was a different mindset.”